KMA provides expert witness and consultation services for ADA, Fair Housing, and 504-related litigation. KMA’s credibility as an objective expert in the field of accessibility allowed the City of San Francisco (defendant) and the Deaf Counseling, Advocacy, and Referral Agency (plaintiff) to agree to hire KMA to provide expert consultation that could help develop a settlement agreement. KMA works with plaintiffs and defendants to resolve complaints, typically without court appearances. 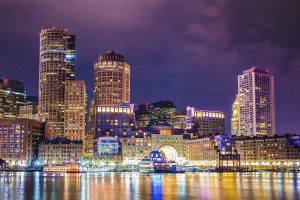 Hotel management was surprised when an ADA complaint was filed against the Boston Harbor Hotel. The five-star hotel has been serving customers with disabilities without any complaints for years.

The hotel’s attorneys at Reed Smith contacted KMA as an expert consultant to confirm the plaintiff’s allegations and assist in negotiating a settlement. KMA confirmed that the hotel was constructed before the ADA was enacted, and had requirements to remove architectural barriers only when it was ‘readily achievable’ to do so.

KMA’s access audit found the hotel to be substantially accessible, although a small number of conditions did not fully comply with the ADA’s accessible design Standards for Accessible Design for buildings constructed today. KMA also found a number of conditions in the plaintiff’s complaint that actually required no modification. KMA worked with Reed Smith Partner, Attorney Sherri Affrunti, to identify what conditions could reasonably be modified as part of a planned interiors upgrade, minimizing unanticipated cost to the hotel.